OFFICE OF THE PRESIDENT 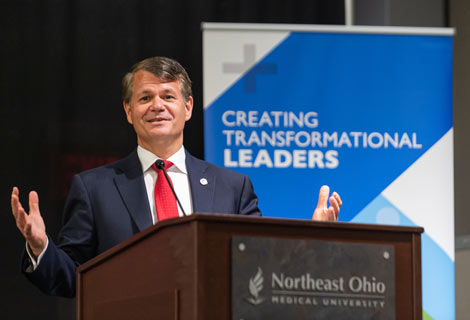 John Langell, M.D., Ph.D., M.P.H., M.B.A., was appointed by the Northeast Ohio Medical University Board of Trustees in 2019 to become the University’s seventh president.

Dr. Langell has more than 25 years of experience in higher education, and has served in senior leadership positions in academic health care, industry and nonprofit organizations, and the federal government— as a commander in the U.S. Air Force.

As president of NEOMED, Dr. Langell led the University in developing a comprehensive strategic plan to guide the institution over a five-year period. He engaged the NEOMED community early on and throughout the strategic planning process. Introducing business principles from which employees and students could choose to learn and utilize, Dr. Langell empowered the campus community to have pivotal roles in the creation and adoption of all aspects of the plan — mission, vision, values, objectives and goals.

More than 200 representatives of faculty, staff, students and University stakeholders were ultimately involved in the formation of NEOMED’s 2020-2025 Strategic Plan: Creating Transformational Leaders.

Stressing the importance of making data-informed decisions that are woven together by four focus areas — Exceptional Experience; Diversity Equity and Inclusion; Leadership; and People — Dr. Langell’s leadership style has accelerated positive change across the entire University. 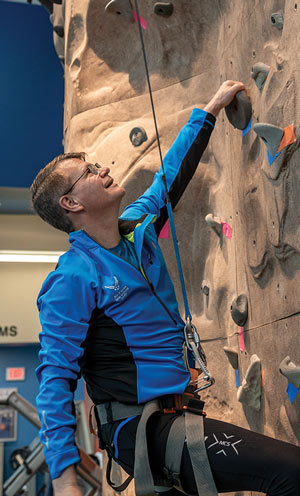 President Langell scales the climbing wall at the on-campus wellness center during a “Climb with the President” event for students and employees.

Dr. Langell has also established new collaborations across Northeast Ohio with discovery, educational and clinical organizations such as Bounce Innovation Hub in Akron and University Hospitals, a major affiliate in Cleveland. He has also strengthened collaborations with others, including Summa Health, Cleveland Clinic Akron General and Akron Children’s Hospital.

Prior to NEOMED, Dr. Langell served as vice dean for the School of Medicine as well as founder and executive director of the Center for Medical Innovation, both at the University of Utah. He was recruited to the University of Utah’s Department of Surgery in 2006 as its director of acute care surgery and not long afterward, also served as chief of general surgery at the George E. Wahlen VA Medical Center.

During that same period, Dr. Langell, a veteran of the U.S. Air Force, maintained his reservist status serving as CEO (Commander) of Air Force Health Care Facilities. From 2006 to 2018, he led four separate Air Force Reserve medical facilities where he was responsible for the leadership and management of all medical and allied health professionals as well as administrators.

Dr. Langell has specialized expertise in the treatment of diseases of the upper gastrointestinal tract, biliary tract and endocrine system (thyroid, parathyroid and adrenal glands). His clinical focus is in the application of advanced minimally invasive surgical techniques in laparoscopic surgery with special focus on diseases of the stomach, intestines, liver, gallbladder, pancreas and biliary tree. Additionally, he has expertise in the minimally invasive treatment of hernia disease, including abdominal wall and groin hernias, hiatal hernias, thyroid, parathyroid and adrenal glands.

Dr. Langell is well-known for his work as a surgeon, tenured educator, developer of advanced medical education programs and federally funded researcher. He is equally known for his effective, appreciative and inclusive style as a leader, his expertise as an innovator and operator, and his forward-thinking approaches as a change agent and a Lean-Six Sigma Black Belt. 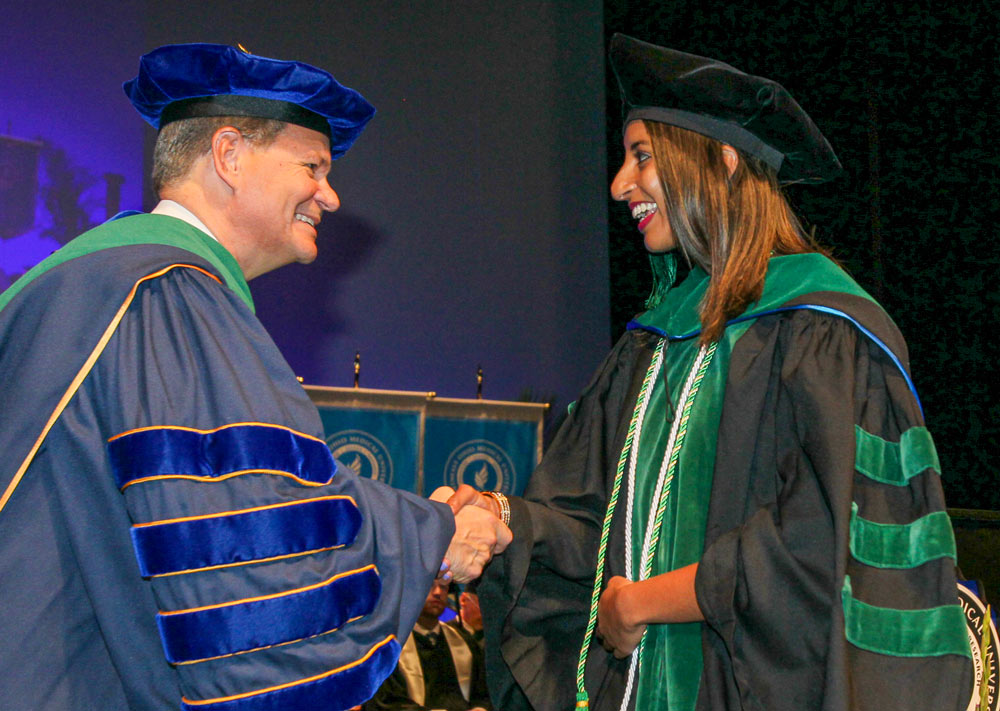 With more than a dozen patent filings ― six of which are licensed, three software copyrights and five companies of which he has been a founding partner – Dr. Langell is a supporter of research, enterprise, development and innovation.

Dr. Langell earned his Bachelor of Science degree at the University of California at Los Angeles. He earned both his Doctor of Medicine and Doctor of Philosophy at Drexel University.

Dr. Langell completed his surgical residency at Stanford University Medical Center and a residency in Space and Aerospace Medicine at NASA/University of Texas Medical Branch (UTMB). During this period, he earned his Master of Public Health degree at UTMB while researching pharmacological countermeasures for space radiation toxicity. He also has a Master of Business Administration degree, which he earned in the Executive M.B.A. program at the University of Utah.

Office of the President

Request that Dr. Langell speak at your event

Have a question about admissions, financial aid, employment or any other area of the University? Please use this form.