Nazar Hussein, a Ph.D. candidate in the College of Graduate Studies, runs tests at the Pharmaceutical Proof of Concept Center in NEOMED’s REDIzone. Here, he explains the process involved with the organ-on-chip technology used at the Center.

The goal of the organ-on-chip technology is to test drugs in replications of kidneys and organs to see if they have the potential to work safely and effectively in humans. Kidneys and livers are the major organs used in blood metabolism, and 80 percent of new drugs fail in later human trials because they are toxic to the liver. So, if the drugs fail early, at the organ-on-chip stage, researchers can change their course earlier, saving time and money.

“The process helps researchers work smarter, with more data, before pursuing the expensive clinical trials necessary to test safety and efficacy—and apply for new patents,’’ says Hussein. He is looking at how to adapt the model for a bone and cartilage disease model for his own research, down the road.

To begin growing a human kidney or liver on a chip, first the chip needs to be washed and coated with collagen, then prepared for cell injection. After cells are injected into the chip, they are given time to attach, so they don’t wash away during the next step. 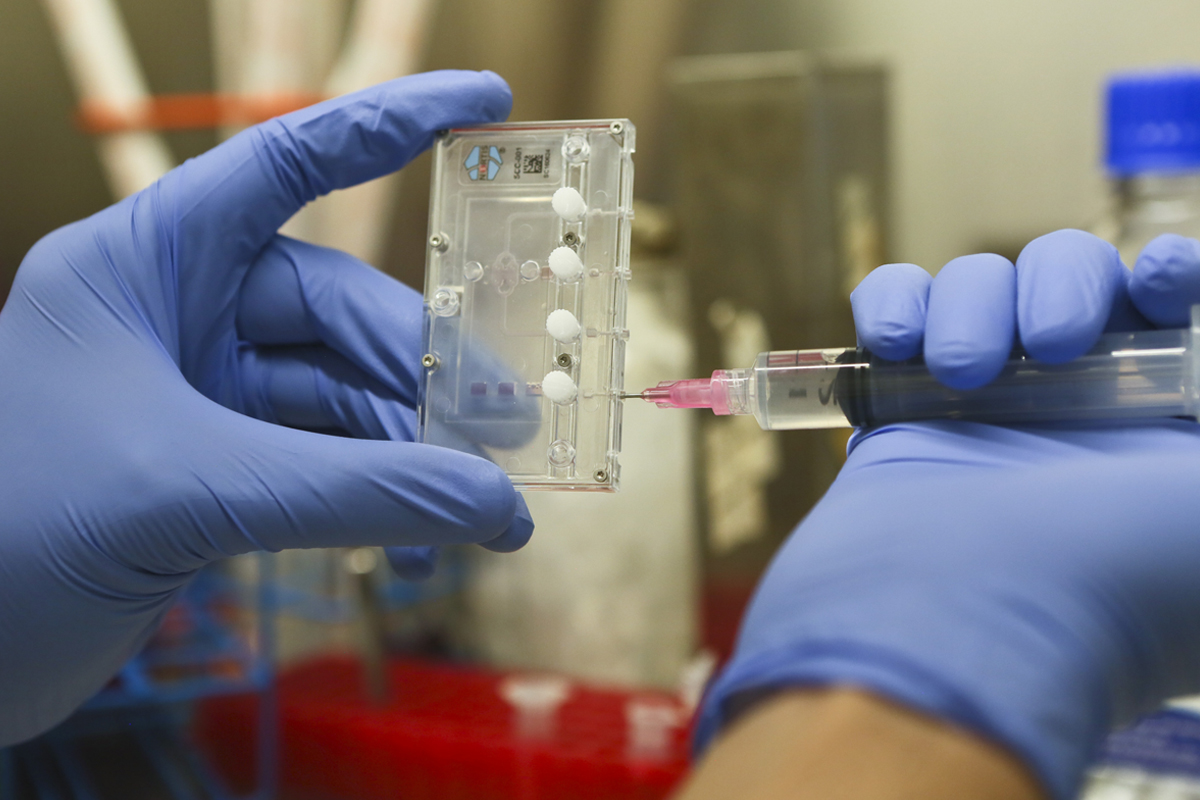 Nazar Hussain works in the sterile environment of a biosafety cabinet to prepare the cells. 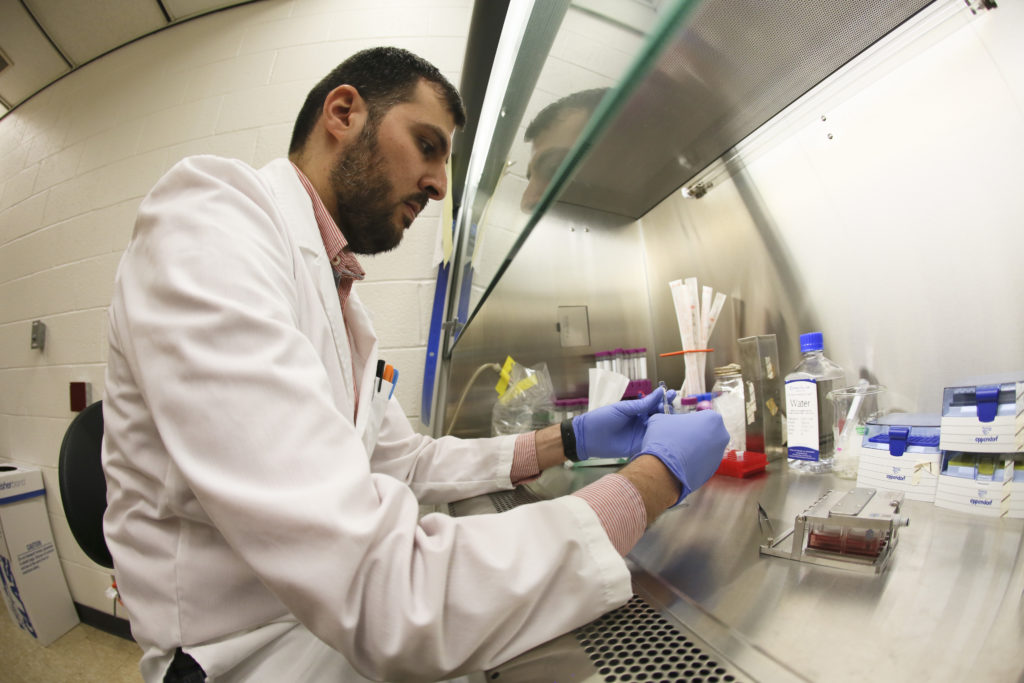 The researcher injects the kidney cells into the chip. It takes about one week to grow the replicated cells. Then, the drug to be tested is mixed with the media and perfused (delivered as liquid) into the cells that have grown inside the chip. 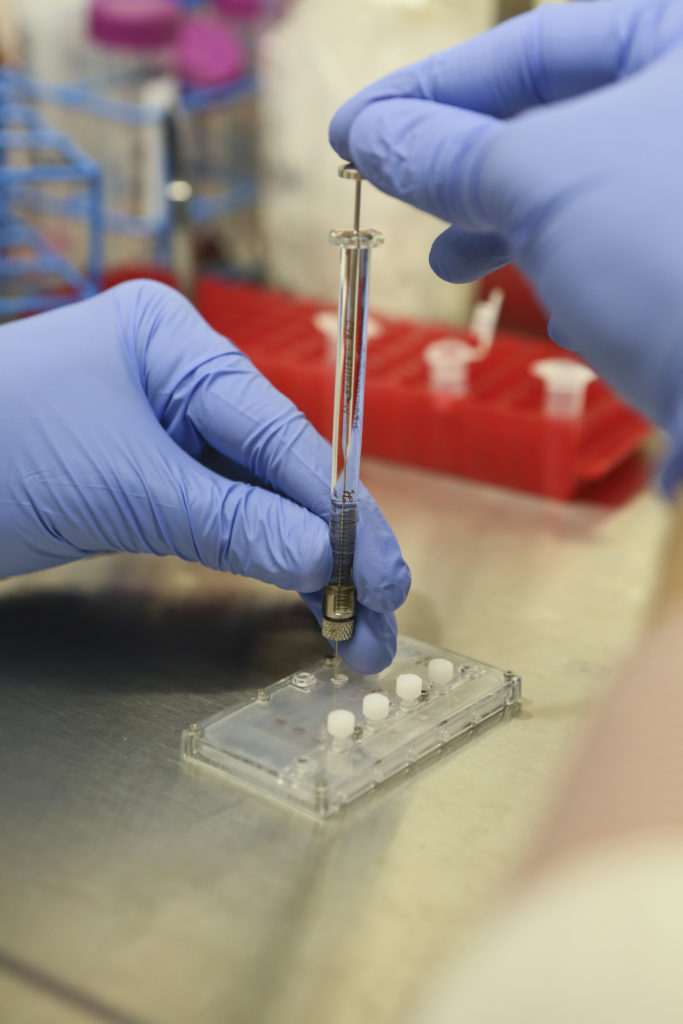 As many as 12 samples of liver or kidney chips can be loaded onto a tray and grown in a sterile setting. 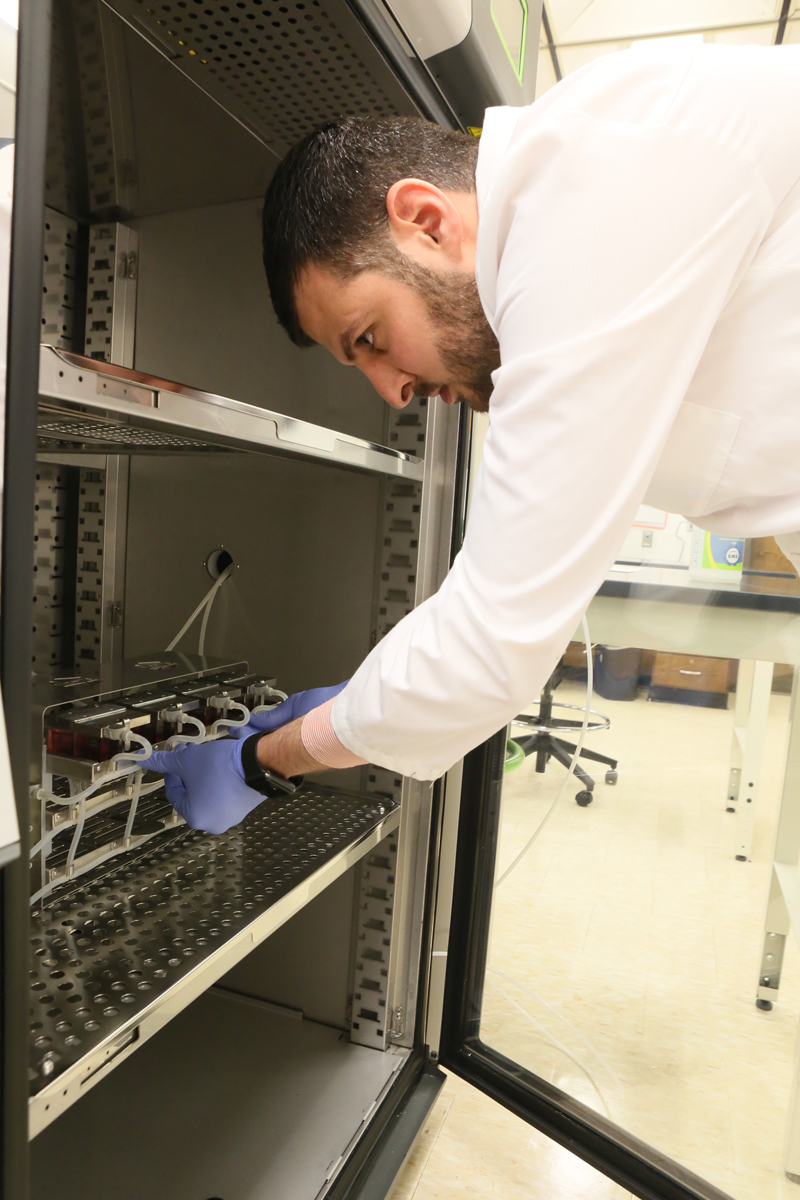 The growth of the liver or kidney cells  can be checked under the microscope. Media are collected at different times for toxicological tests. 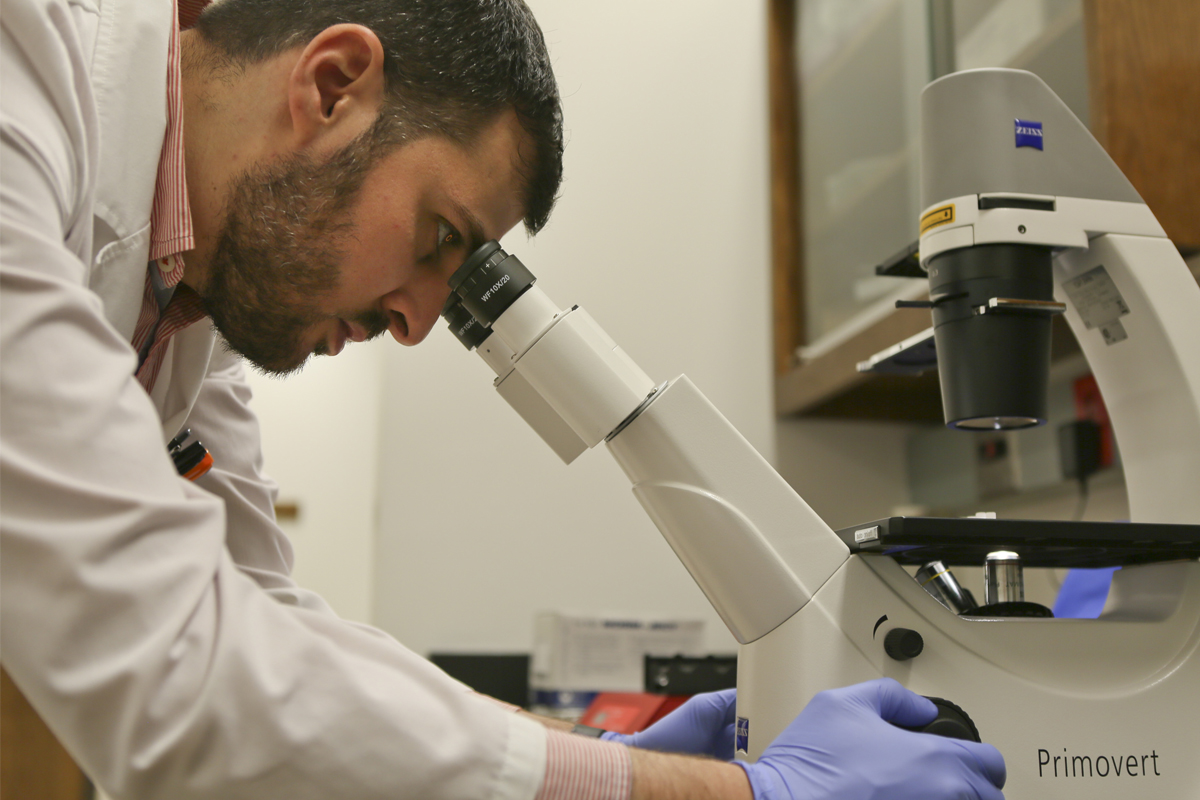 At the end of the process shown in these photos, the replicated kidney and liver cells are run through a CX5 cell scanner—a computer that’s customized to do a rapid analysis of cellular toxicity.