For a student whose interests reach across disciplines and fields, these career choices don’t have to be mutually exclusive. Matthew Smith, Ph.D. (’17), found a good fit in the Integrated Pharmaceutical Medicine program in NEOMED’s College of Graduate Studies. He recently became NEOMED’s fourth doctoral graduate, joining more than 4,000 alumni from NEOMED’s College of Medicine and College of Pharmacy.

At the College of Wooster, Dr. Smith was a neuroscience major on a pre-med path. For his research capstone project, he wanted to study traumatic brain injury and the neurodegeneration that results, but the project needed more resources than were available at an undergraduate institution.

‘’I knew that NEOMED has amazing researchers. In my cognitive research class, the professor had mentioned research by Jeffrey Wenstrup, Ph.D., professor and chair of Anatomy and Neurobiology. You have big names and players here,’’ says Dr. Smith. So, in 2011, as an undergraduate, he contacted Samuel Crish II, Ph.D., an associate professor of pharmaceutical sciences who studies glaucoma as a neurodegenerative disease, to talk about working in his lab.

Dr. Crish had done his undergraduate work at Baldwin Wallace University, another liberal arts school in Northeast Ohio (and NEOMED partner institution), and Dr. Smith found he was very supportive of undergraduate research. When asked to be a mentor, ‘’He [Dr. Crish] bit right away,’’ says Dr. Smith.

“When Dr. Crish first told me about the Integrated Pharmaceutical Medicine (IPM) program in 2011, it was only a year old and I was skeptical, because I didn’t know what the title meant. My passion was neuroscience. I learned that the program was founded by chemistry researchers who were interested in developing products to take them from lab to bedside yet were unrestricted by the traditional “silo” organization of disease research – Alzheimer’s researchers only worrying about Alzheimer’s disease, glaucoma researchers only worrying about glaucoma, etc. Instead, there is a cross-pollination of ideas across focus areas. In practice, it meant versatility; I could come in as a person interested in traumatic brain injury and then transition to age-related neurodegenerations,” says Dr. Smith.

He discovered that the program allowed for great flexibility in establishing a foundation for graduate work because there are few required courses. In Dr. Smith’s case, he could take the Human Development and Structure course offered by the College of Medicine, then add the Medical Neuroscience course to give him the basis for his neuroanatomical graduate work. Other students are able to take courses that are more geared toward physiology or cell signaling, or even pharmacology, as their needs dictate. The goal is to have the appropriate coursework to support the full development of a student’s research project.

After completing the IPM program, a student has a grounding that prepares them for both industry and academia. Smith considers his options: “Everybody is initially attracted to industry as a pretty good-paying job. But it comes with a cost. It’s very focused on the end-product and there’s a high turnover rate. You’re very much a worker bee in a large hive.

“In industry, you’re going to have a specific project. The thing I liked most about graduate school and working with Sam [Dr. Crish] was that we might talk in the morning and say, ‘This would be really interesting to look into,’ and then we did it.’’ In addition to his laboratory experience, which could lead to running his own lab, Dr. Smith has logged valuable time in the classroom. After taking Medical Neuroscience with Brett Schofield, Ph.D., Dr. Smith was hired as Dr. Schofield’s teaching assistant for four years, in addition to providing lectures to students in the College of Pharmacy.

“If you compare it with other Ph.D. programs, the advantage is that faculty come from both the College of Medicine and the College of Pharmacy, with a diverse group of researchers. The lab I work in is small; I’m not a cog in a wheel. It’s very collaborative. You’re defined by your work and the Principal Investigators you choose to work with, more than by a “top-down” diktat from higher-ups in the program.’’

Most of all, says Dr. Smith, it’s the people —the individual attention he has received from them, and the often unintentional, sometimes serendipitous collaborations among them —who have made NEOMED the right place for him. For example, he hadn’t expected to study glaucoma. Initially he was interested in the brain, not the eye. But he found that spending his time looking at brain changes in what he once thought of as just an eye disease allowed him to see things that other investigators did not.

Glaucoma is ideal for studying what happens to individual neurons in the central nervous system, says Dr. Smith: “You’ve simplified the model, because the connection between the eye and the brain is a single cable, rather than the complicated network elsewhere in the nervous system.”

He adds, “If I were to do it all over again, I’d have to have Sam Crish as an advisor. Plus, I’d want the same people I had on my dissertation committee: Christine Crish, Ph.D., an Alzheimer’s researcher who brings Sam and me back down to earth when we need it; Dr. Schofield (mentioned above), who studies connections between visual and auditory structures, and makes connections between the fields of hearing and seeing; Hans Thewissen, Ph.D., a world-renowned whale researcher; and the program chair, Denise Inman, Ph.D., a glaucoma researcher whose work links to the focus on neurodegenerative disease and aging at NEOMED. Having all of these people in my corner as I developed has been amazing.’’

For the 2017-18 academic year, Dr. Smith is completing a post-doctoral fellowship in the Crish lab and looking forward to pursuing projects that he had put on hold while focused on finishing his dissertation. He’s excited about the opportunities to collaborate with world-renowned researchers like Dr. Thewissen, who has provided whale tissue for him to investigate these animals’ unique brains. This area of research hasn’t been done before, and it will help answer some of the most persistent outstanding questions in brain development and evolution, notes Dr. Smith.

Even after his immersion in research, Dr. Smith says he’s still passionate about medicine and weighing whether to pursue medical school. It would mean additional years of school, of course. But since completing the IPM program, Smith’s perspective is that more doors are open than ever. 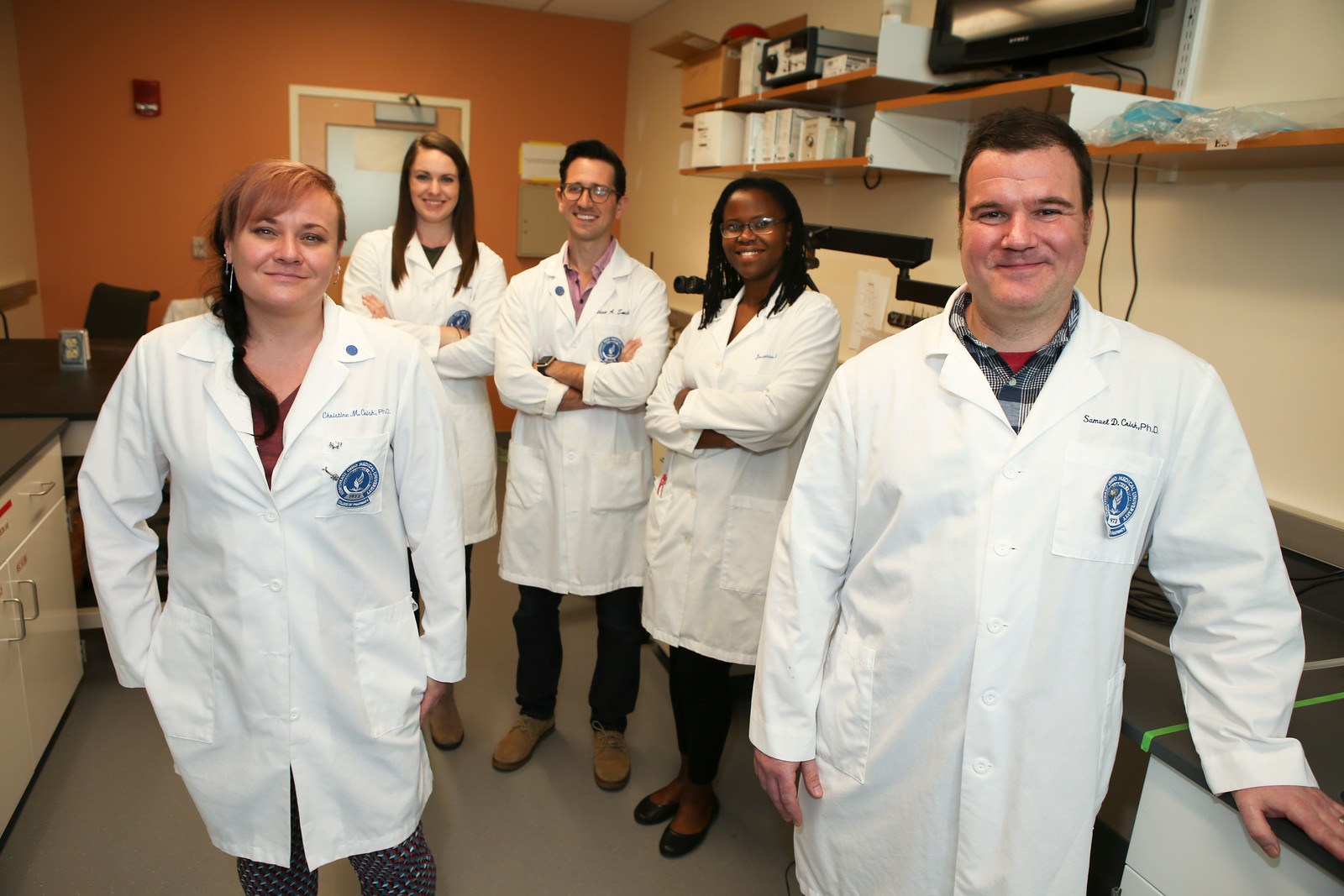