Bringing Bats to the Classroom

If it weren’t for bats, the U.S. would spend an additional $53 million per year in pest control.

Impressive as that fact might be to adults, Lisa Cooper, Ph.D., an assistant professor of anatomy and neurobiology, wowed a group of third graders at McDowell Elementary School in Hudson, Ohio with another: Bats native to Northeast Ohio eat 1,000 mosquitos per hour.

When Dr. Cooper asked a group of students if they could eat 1,000 cookies in an hour, a few ambitious students shouted, “Yes!”

Dr. Cooper travels around Ohio along with Hope Ball, Ph.D., a postdoctoral fellow in Dr. Cooper’s lab, and Tobin Hieronymus, Ph.D., an assistant professor of anatomy and neurobiology, to educate high school, elementary and preschool students on all things bats.

In Hudson, the “bat team” held multiple interactive one-hour sessions to teach students about what the winged mammals eat, why they have such large wings as babies, and the differences between human bones and bat bones.

What better way to keep a group of eight- and nine-year-olds engaged than interactiveactivities?

For the eager students wondering what bat wings feel like, Dr. Cooper explained bat’s wing membranes feel similar to the outside of our eyelids. She had the class gently rub their eyelids with their fingers to understand what she was talking about.

What about navigation? How do bats find their way around dark caves? Dr. Hieronymus gave an echolocation demonstration by putting on a blindfold and finding Dr. Cooper on the other side of the classroom by using sharp clicking noises with his mouth.

Later, Dr. Hieronymus put the students’ flying capabilities to the test. Bats can stay in the air for hours. The students? Despite valiant attempts to flap their arms and jump as high as they could, their airborne experiences lasted no longer than a few seconds. 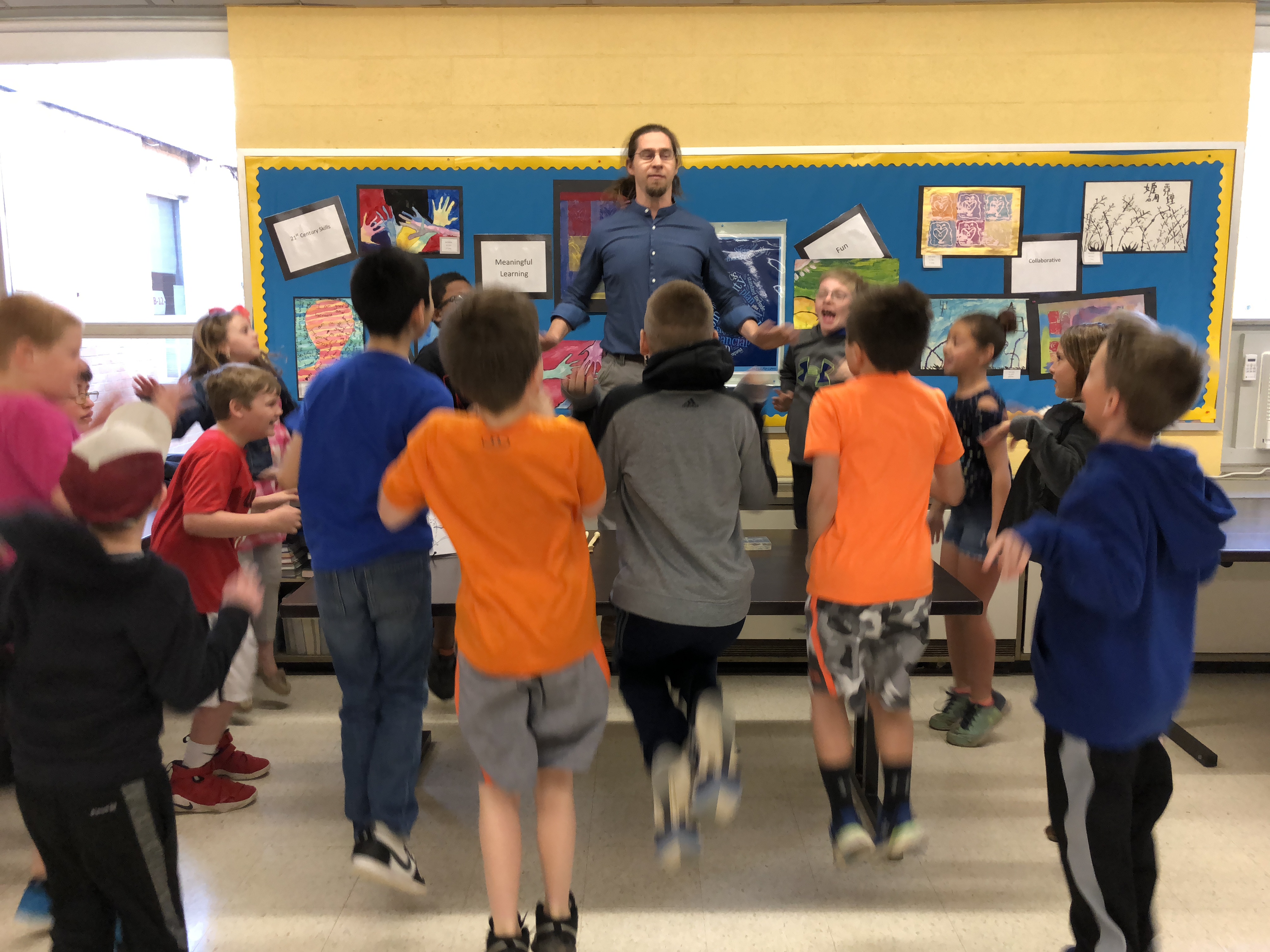 “Bats save us money and we don’t even pay them to do their jobs,” says Dr. Cooper.

Life surely would be different without bats, so what can students do to help keep them healthy and happy? Dr. Cooper gave a little final advice: Build a bat house. It can be as simple as a few pieces of wood nailed together. And parents will appreciate that a bat house can save them a little cash on insect repellent, too.