Pediatric immunoncology — helping pediatric cancer patients, both as a clinician and researcher — has always been irresistible to Crystal Mackall, M.D. (’84), the founding director of the Stanford Center for Cancer Cell Therapy. 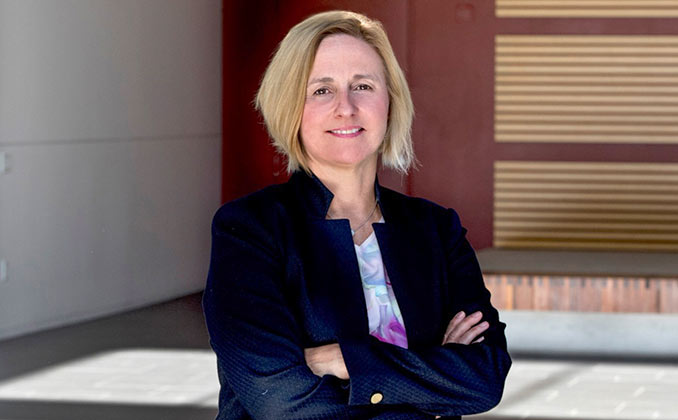 After graduating from NEOMED, she was recruited to the National Cancer Institute of the National Institutes of Health, where she immersed herself in research and advocating for it, becoming the chief of the Pediatric Oncology Branch.

Being asked to step into a leadership role during her 27-year career at the NIH launched her on an additional trajectory — one that eventually led to Stanford University, where she has a big footprint in cancer research: associate director of Stanford Cancer Institute; leader of the Cancer Immunology and Immunotherapy Program; director of the Parker Institute for Cancer Immunotherapy; and Ernest and Amelia Gallo Family Professor of Pediatrics and Internal Medicine at the elite California institution.

The search for answers to help patients propels Dr. Mackall’s work at the Mackall Lab at Stanford, and it drives her to serve on many national boards, advocating for research funding. Dr. Mackall’s specialty is to create immunotherapies for children's cancers (using the immune system to treat cancer). She focuses on developing new chimeric antigen receptor (CAR) T-cell therapies to treat pediatric cancers.

Research unlike any other

“It's a very futuristic thing when you hear about it,” Dr. Mackall said in a Zoom interview. “The first time I ever saw a patient treated with CAR T-cells was in 2010 — at the NIH. It was an adult who had a severe lymphoma and had complete eradication of his disease within one month that was sustained. And you know, CAR-T cells had been invented about 20 years prior but had not been optimized to the point of clinical activity. I said, okay, this is unlike anything I've ever seen before. We're going to pivot.

“I pretty much dropped everything my lab was doing at the time. And we became one of the first to show that the CD19 CAR could also be used in children. It ended up leading to an FDA approval — the first cell therapy approved for the treatment of cancer in a child.

“Over the course of my career, I’ve witnessed that cancer therapies have evolved a lot, and especially in the treatment of adult cancers,” she says, noting that progress has been notably slower in children’s cancer. “You know, we've got wonderful researchers in the field of children's cancer, but the research that worked in adult cancers and drove progress starting in the ’90s didn't work in children's cancer.”

It could be argued that some of the reasons for the stall are market-driven, says the forthright physician. Children's cancers are a small market, so the biotech industry has not been as incentivized to develop new therapies. “But I’m really dogged,” she says.

“I think that there's a lot of ways to get distracted in the world in which I live. There's a lot of other stuff — promotions and prestige, all of that. But at the end of the day, you know, it's all about creating better treatments for our patients and delivering them with the best care we can deliver. And I think that a patient-centric view was instilled in me very deeply at NEOMED. It was a very high-functioning, committed group of people with a lot of integrity — and the patient always came first.”

The February 7, 2022, online issue of the journal Nature features the results of Dr. Mackall’s lab in developing an active therapy to treat a deadly pediatric brain tumor – the first time an active therapy has been used for these gliomas. Those results on GD2 CAR T-cell therapy for H3K27M-mutated diffuse midline gliomas were also presented at a plenary session of the American Association for Cancer Research in April.